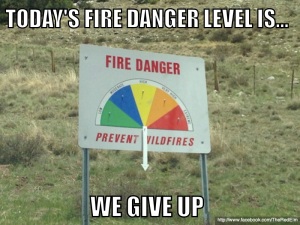 PopTech : Blog : People and their technology: Talk to Me opens at the MoMA this weekend

Museum of Modern Art design department curator Paola Antonelli’s latest show, “Talk to Me,” opens at the MoMA on July 24, and it has all the makings of a hit.  Featuring about 200 design objects, the show pulls together an array of items from art, commercial, and academic spaces that exemplify how people and machines interface with one another. The premise is further described on the show’s blog:

The exhibition hinges on an important development in the culture of design (and in culture at large), a shift from the centrality of function to that of meaning. From this perspective, all objects contain information that goes well beyond their immediate use or appearance.

We’re particularly excited about the piece from MIT’s SENSEable City Lab (PopTech 2010) that’s included in the show entitled Backtalk, a series of visualizations that explore what happens to the large quantities of electronics generated annually that have been discarded or have been adopted by new owners. The team at MIT developed two different methods to track obsolete electronics as they travel across the world for reuse or recycle. They partnered with non-profit organizations that shipped donated computers to the developing world, attaching pre-approved GPS-enabled trackers and using the built-in computer cameras to capture images of the new users. They also utilized a tracking system to trace e-waste like batteries, cell phones, and printer cartridges coming from Seattle, Washington as they travel to recycling centers.

In a press release about the project, Carlo Ratti, director of the MIT SENSEable City Lab, explains that, “initial results provide an unprecedented glimpse into the global e-waste chain and its patterns of reuse and disposal.”

What On Earth? Art And Ads That Can Be Seen From Space : The Picture Show : NPR

Posted on July 26, 2011 by theredelm | Leave a comment
http://www.npr.org/design/flash_templates/preloaderAS3.swf
via npr.org

Textify.it is a web app that uses text to make alphabetic pointillist representations of images. I turned a photo of the Most Photographed Barn in America into this:

It’s also available as an iOS app. (via prosthetic knowledge)

I used to collect miniatures but I wanted only Southwest ones – even before I moved out here. They’re really hard to find and I never went to the lengths that Clark did but I got as far as living room furniture and a couple of pieces of art. I’m more impressed with the people who craft the miniatures than the collectors who amass sets like the one shown here – the intricacy of some of the pieces is something to admire.

When the 104-year-old copper heiress Huguette Clark died earlier this week, obituaries invariably included the word eccentric. This was surely due at least somewhat to her apparent preference for making her home in hospitals. But part of it—the bigger part, I’m guessing—was her passion for dollhouses. In her later years, Clark retreated into an expensive miniature world, surrounding herself with large amounts of the tiny.

Second childhood? God complex? Arrested development? Maybe. But Clark wasn’t alone. Miniatures have exerted a fascination over adults—and often, rich and powerful adults—since Duke Albrecht V forced large portions of a sixteenth-century court into the construction of what’s known as the “Munich Baby House.” Queen Mary’s Windsor Castle fantasia—furnished and outfitted by practically every artisan with a royal appointment—is famous; less well known is the elaborate dollhouse for which Alice Longworth Roosevelt frequently neglected guests, or the modern-art masterpiece created in the 1920s by the bohemian Stettheimer sisters. The Thorne Miniature Rooms, housed in the Art Institute of Chicago, were a labor of love for Narcissa Thorne, bolstered by the Montgomery-Ward fortune. And heiress Frances Glessner Lee used her leisure to construct the Nutshell Studies of Unexplained Deaths, scale dioramas of murders so accurate that they are still used today to teach burgeoning MEs. Clearly, there’s something about the world at 1:12″.

Audio: Cormac McCarthy on the relationship between science and art | Santa Fe Institute

On NPR’s Science Friday, author and SFI regular Cormac McCarthy trades quips and thoughts with guests and radio host Ira Flatow about the relationship between science and art.

The interview explores how many thinkers are inspired by both art and science. Guests include McCarthy, physicist Lawrence Krauss, and filmmaker Werner Herzog, whose new film on the earliest known cave paintings takes much inspiration from science.

Listen to the interview (48 minutes).

What Video Games Can Learn from Freud

1.
What if the best thing art has to offer is freedom from choice?

There’s a reason it’s high praise, not criticism, to say that a film or a piece of music or a good novel “sweeps you along.” There’s a selflessness in it: not just the pleasure in pausing the parts of the brain that plan and calculate and select, but in the temporary surrender of investing in someone else’s choices. Good art can be where we go for humility: when we’re encouraged to treat each of our thoughts as worthy of being made public, it can be almost counter-cultural to admit, in the act of being swept along, that someone else is simply better at arranging the keys of a song or the twists of a book and making them look like fate.

Freedom from choice is a seductive way of thinking about art—and it’s at the heart of the debate over the cultural value of video games. Video games, for their cultural boosters, promise an art based on choice: an interactive art, possibly the first ever. For their detractors, “interactive art” is a contradiction in terms. Critics can point to video games’ narrative clichés or sloppy dialogue or a faith in violence as the answer to everything; but at base, they seem to be bothered by the idea of an art form that can be “played.” Choice is their bright line.

Last spring, Roger Ebert nominated himself to hold that bright line on his blog. And though the 4,799 comments (to date) on his original post weighed in overwhelmingly against his claim that “Video games can never be art,” and encouraged him to back off of that blanket assertion, he summed up as eloquently as anyone the danger posed to narrative by video games’ possibility of limitless choice:

If you can go through “every emotional journey available,” doesn’t that devalue each and every one of them? Art seeks to lead you to an inevitable conclusion, not a smorgasbord of choices. If next time I have Romeo and Juliet go through the story naked and standing on their hands, would that be way cool, or what?

It’s possible, as Owen Good did, to write off the whole argument as empty, just a chest-thumping proxy war between generations or subcultures: “Art is fundamentally built on the subjective: inspiration, interpretation and appraisal. To me that underlines the pointlessness of the current debate for or against video games as art….Is there some validation the games community seeks but isn’t getting right now?”