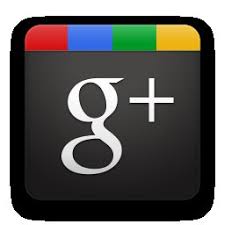 Google Plus, the social-networking platform, is so new that most Internet users are not yet able to see it—an invitation is required while the service is in its test phase. But some professors who have tried it say they already see possible uses for teaching and research if the service catches on.

The new Google service, announced last week, is similar in many ways to Facebook. It provides a way to share updates, photos, and recommendations with friends and colleagues. One key difference is that Google Plus makes it easier to share information with isolated subgroups of contacts, rather than sending all updates to every online “friend.”

Facebook’s default approach—sharing with everyone in your personal network—has created a dilemma for professors whose students want to be their online friends. Often the students inadvertently share their party pictures and other private material with their instructors on Facebook, giving some faculty members the feeling that they have crossed too far into students’ personal space. Professors have also accidentally shared comments with students that they meant only for fellow instructors.

Facebook does allow some selective sharing, but doing so is difficult to master. As a result, many professors have decided to reserve Facebook for personal communications rather than use it for teaching and research. “I don’t friend my students, because the ability to share is so clunky on Facebook,” says Jeremy Littau, an assistant professor of journalism at Lehigh University. “This gives us ways to connect with people that we can’t do on Facebook.”

In Google Plus, users can assign each new contact to a “circle” and can create as many circles as they like. Each time they post an update, they can easily select which circles get to see it.

B.J. Fogg, director of Stanford University’s Persuasive Technology Lab and a consulting faculty member for computer science, says he plans to use Google Plus to collaborate on research projects: “Probably every project in my lab will have its own circle.”

Mr. Littau is even more enthusiastic. He posted an item to his blog on Thursday titled: “Why Lehigh (and every other) University needs to be on GPlus. Now.” “I want to start using this in my class next term,” he says, adding that he aims to expose his students to the latest communication technologies in all of his classes.

He plans to try the video-chat feature of Google Plus, called “hangouts,” to hold office hours online. The new system allows up to 10 people to join in a video chat. Mr. Littau may also hold optional review sessions for exams using the technology. “I can host chats a few nights a week,” he says.

David Parry, an assistant professor of emerging media and communications at the University of Texas at Dallas, says he imagines that Google Plus might even turn out to be an alternative to learning-management systems like Blackboard.

Some professors made similar predictions about an earlier Google social platform, called Wave, but the company canceled the service after only a few months because it was little-used.

This entry was posted in Uncategorized and tagged Education, Social Media, Technology. Bookmark the permalink.